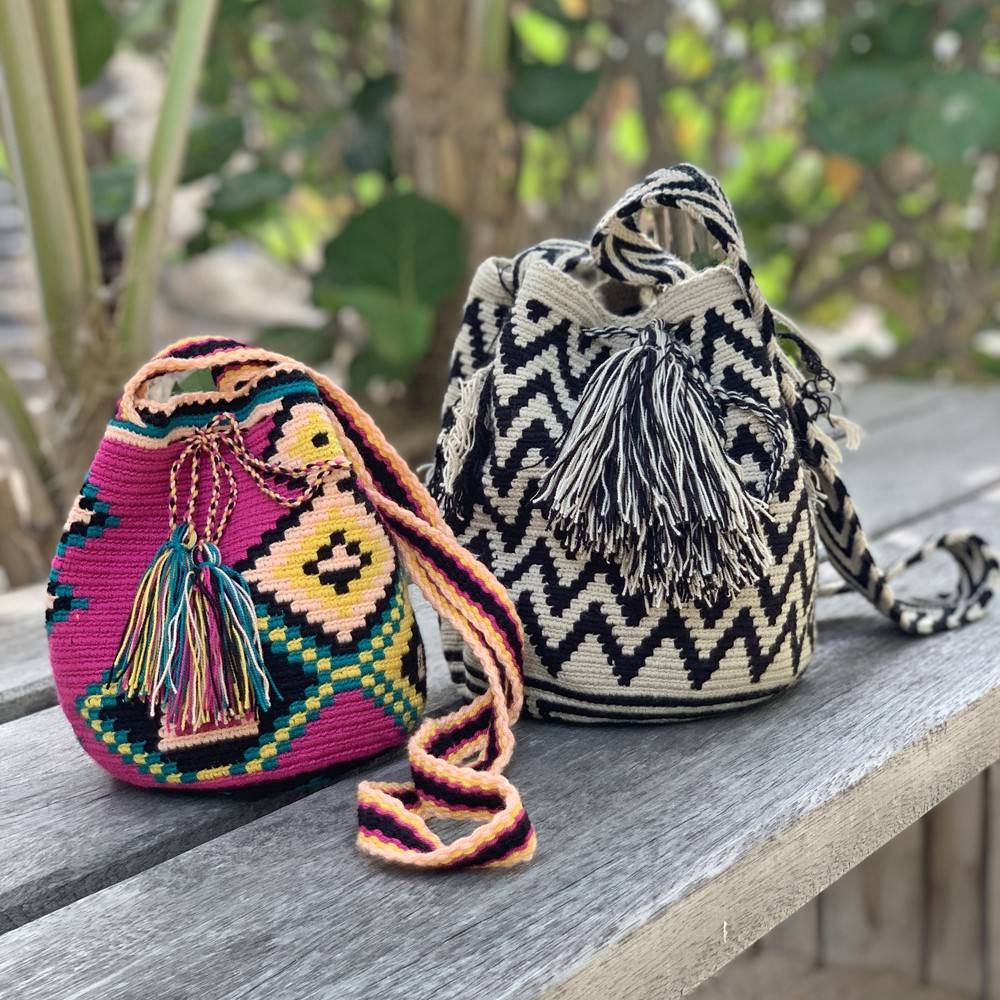 Mochila bag in your own style and colour

The unique Mochila bags are made by the Wayuu, a native Colombian people. The Wayuu are known for their beautiful Mochila bags - 'Susu' in their own language.

The art of making Mochila bags is seen as a symbol of wisdom, intelligence and creativity. The crochet and weaving techniques are transferred from mother to daughter and play an important role in the preservation of the Wayuu tradition. Did you know that it takes at least two weeks to make such a beautiful bag?

The Wayuu people and their traditions

The Wayuu (pronounced 'Wah-You') is a native people who live in La Guajira, a desert peninsula in northeastern Colombia. The Wayuu live in small settlements, which consist of only five or six houses. Within these 'rancherias' try to maintain their way of life, which has been passed on from generation to generation.

Women are in charge at the Wayuu
In the Wayuu community, the women are in charge. They are in charge of the family and the children carry the surname of their mother. The women are also leading in the Wayuu culture, of which the crocheting and weaving of the Mochila bags is one of the most important expressions. To keep the tradition alive, every Wayuu daughter learns to crochet and weave from her mother during puberty. Skill in making Mochila bags - 'Susu' in one's own language - is seen as a symbol of wisdom, intelligence and creativity.

Unique colours and patterns
According to a Wayuu legend, the Mochila tradition comes from 'Wale'kerü', a spider who taught the women how to weave their creative drawings into the Mochila bags. Each design in a Mochila bag is unique and tells a story in colours, patterns and shapes. Depending on the technique used, making a bag can take between two weeks and a month. For the Wayuu people, the Mochila's have become a source of income that enables them to maintain their traditional way of life.